The beautiful collection of inspiring mother Daughter Quotes is the best way to express your affection and love towards your beloved mother and daughter.  share these heart touching quotes with your dearest mother or sweetest daughters to bring the smile on their faces.

The mother and daughter relationship is one of the strongest and complex bond in the world. It is considered one of the most powerful connections in nature. sometimes mothers are the best friends for the daughters to talk their problems with and sometimes a beautiful smile on his sweet daughter will let father forget all the worries and stress in life. The mothers is very caring & show affection to their beloved daughter. Therefore, mother is often considered as daughter’s love. Mother And Daughter Quotes and Sayings “The more a daughter knows the details of her mother’s life, the stronger the daughter.” – Anita Diamant

“From the time she was born, until she was fifteen, I didn’t know where I left off and she began. We were joined at the hip or the heart or the brain.” ~Lee Grant

“A mother’s treasure is her daughter.” ~Catherine Pulsifer

“Biology is the least of what makes someone a mother”

“Mother’s love is bliss, is peace, it need not be acquired, it need not be deserved. If it is there, it is like a blessing; if it is not there it is as if all the beauty had gone out of life.” —Erich Fromm “The older I get, the more I see The power of that young woman, my mother.” ~Sharon Olds

Mothers of daughters are daughters of mothers and have remained so, in circles joined to circles, since time began. — Signe Hammer

“ mother is one to whom you hurry when you are troubled.” —Emily Dickinson A daughter is a gift of love. ~Author Unknown

All that I am or ever hope to be, I owe to my angel mother. —Abraham Lincoln

“If I have done anything in life worth attention, I feel sure that I inherited the disposition from my mother.” —Booker T. Washington I won’t always like who you are, but I will always love you. You will always be my child.

The more daughter knows the details of her mother’s life, the stronger the daughter.

“I realized when you look at your mother, you are looking at the purest love you will ever know.” —Mitch Albom

A son is a son till he takes him a wife, a daughter is a daughter all of her life. — Irish Saying

We mothers are learning to mark our mothering success by our daughters’ lengthening flight. — Letty Cottin Pogrebin

“A mother’s arms are made of tenderness and children sleep soundly in them.” —Victor Hugo “…you are my rainbow to keep. My eyes will always be watching you; never will I lose sight of you.”~Vesna Bailey

“Being a mother is an attitude, not a biological relation.” —Robert A. Heinlein

“My mom is the greatest mom in the whole wide world. She’s done everything for me to make my dreams come true.” —Josh Hutcherson

Daughter am I in my mother’s house, but mistress in my own. ~Rudyard Kipling

“My mom is literally a part of me. You can’t say that about many people except relatives, and organ donors.”~Carrie Latet

“Daughters are like flowers, they fill the world with beauty, and sometimes attract pests. ” ~Author Unknown

“The best place to cry is on a mother’s arms.” —Jodi Picoult

A mother’s treasure is her daughter. — Catherine Pulsifer

“As the mother of two daughters, I have great respect for women. And I don’t ever want to lose that.” – Vera Wang

“A daughter is a day brightener and a heart warmer.” ~Author Unknown

“A daughter is a BFF in disguise.”

“I like to talk to my mother every single day because hearing how delusional I may become one day makes me appreciate every day I have left with my sanity.”~Tami Vernekoff

Mother Daughter Quotes from the Heart “What the daughter does, the mother did.” ~Jewish Proverb

Only a mother can understand a daughter who’s in her teen age. Treats her same and most especially loves her the same. “Momma was home. She was the most totally human, human being that I have ever known, and so very beautiful. Within our home, she was an abundance of love, discipline, fun, affection, strength, tenderness, encouragement, understanding, inspiration, support.”~Leontyne Price

The greatest gift every mother can have is a daughter. Someone who sings with her, who helps in cleaning the house and someone, she can be with her most of the time. “Our dearest daughter, you are the wheel that keeps our lives spinning and you are the reason why we are always smiling.”

A mother hugs lasts long after she lets go.”

“My daughter, no one else will ever know how much I love you, not even you. At least not until you be a mother yourself.” “A daughter is a little girl who grows up to be a friend.”~ Author Unknown

“A mother is a daughter’s first best friend.” “You were my home, Mother. I had no home but you” ~Janet Fitch

“Mothers and daughters are closest, when daughters become mothers”

A mother is she who can take the place of all others but whose place no one else can take. — Cardinal Mermillod

“Of all the haunting moments of motherhood, few rank with hearing your own words come out of your daughter’s mouth. ” ~Victoria Secunda “My wife, my daughters, even my grandchildren are funny. You’ve got to keep a sense of humour because anger destroys you.” – Michael Caine

“A daughter is the happy memories of the past, the joyful moments of the present, and the hope and promise of the future.” ~Author Unknown “Daughters are like flowers they will fill the world with beauty”

“God could not be everywhere, and therefore he made mothers.” – Ruyard Kipling

The mother-daughter relationship is the most complex. — Wynonna Judd

“A daughter is a gift of love.”~ Author Unknown

“Having a little girl has been like following an old treasure map with the important paths torn away.” ~Heather Gudenkauf “There’s no way to be a perfect mother and a million ways to be a good one.” —Jill Churchill

“My mother is everything to me. She’s my anchor, she’s the person I go to when I need to talk to someone. She is an amazing woman. —Demi Lovato Of course mothers and daughters with strong personalities might see the world from very different points of view. — Katherine Howe

“Yes, it’s quite amazing how I continue to shock my mother even after all these years together” ~Eloisa James

Mothers and daughters are closest, when daughters become mothers. — Unknown

“A daughter is a mother’s gender partner, her closest ally in the family confederacy, an extension of her self. And mothers are their daughters’ role model, their biological and emotional road map, the arbiter of all their relationships.” ~Victoria Secunda 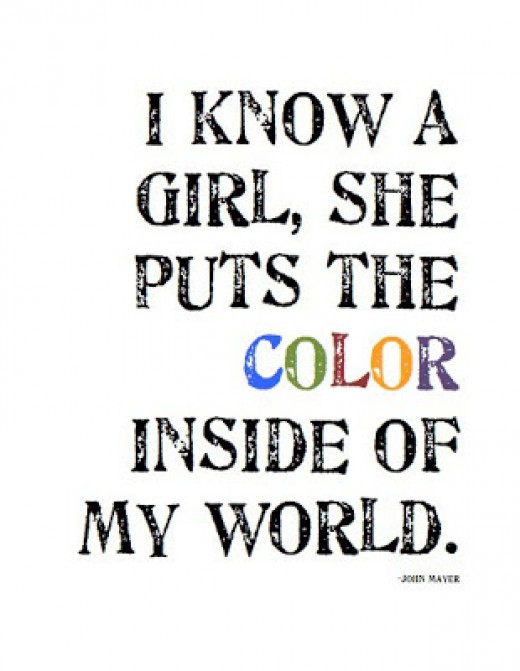 “I don’t think of myself as a terribly confident person. But I have a survival mechanism that was instilled in me by my mother.” —Naomi Watts

“All my life’s problems have just one simple solution, a hug from my daughter.” “Love is blind, because “you started loving me before seeing my face”

“When we weren’t scratching each other’s eyes out, we were making each other laugh harder than anyone else could.”~Lucie Arnaz I remember my mother’s prayers and they have always followed me. They have clung to me all my life. —Abraham Lincoln

Mothers, look after your daughters, keep them near you, keep their confidence – that they may be true and faithful. — Elmina S. Taylor “As long as a woman can look ten years younger than her own daughter, she is perfectly satisfied.” ~Oscar Wilde

“Maybe Mom is my alter ego and the woman I’m able to be when I’m working.”~Mary Tyler Moore

A daughter without her mother is a woman broken. It is a loss that turns to arthritis and settles deep into her bones. — Kristin Hannah

A daughter is a little girl who grows up to be a friend. ~Author Unknown

There will be so many times you feel like you’ve failed. But in the eyes, heart, and mind of your child you are Super Mom.

“A daughter is one of the most beautiful gifts this world has to give.”~ Laurel Atherton “The mother-daughter relationship is the most complex.” ~Wynonna Judd

“My mother wanted me to be her wings, to fly as she never quite had the courage to do. I love her for that. I love the fact that she wanted to give birth to her own wings.”~Erica Jong “Mothers of daughters are daughters of mothers and have remained so, in circles joined to circles, since time began.” ~Signe Hammer

“The woman who bore me is no longer alive, but I seem to be her daughter in increasingly profound ways.” ~Johnnetta Betsch Cole

When I tell you I Love You I don’t say it out of habit or to make conversation. I say it to remind you that YOU are the Best Thing that ever happened to me.

“Ah, how quickly the hands on the clock circle toward the future we thought was far away! And how soon we become our mothers.” ~Peggy Toney Horton

“From the time I was a child I wanted to be like my mother. Not necessarily an actress—I never dreamed I’d have the courage. But an active, volatile woman like she was.”~Isabella Rossellini

“You are your child’s keeper until she’s mature enough to keep herself.” ~ Laura Ramirez “Having a little girl has been like following an old treasure map with the important paths torn away.” – Heather Gudenkauf

A mother’s treasure is her daughter. ~Catherine Pulsifer, Inspirational Words of Wisdom By the time a woman realizes her mother was right, she has a daughter who thinks she’s wrong. “There were times when, in middle school and junior high, I didn’t have a lot of friends. But my mom was always my friend. Always.” —Taylor Swift

“If evolution really works, how come mothers only have two hands?” —Milton Berle 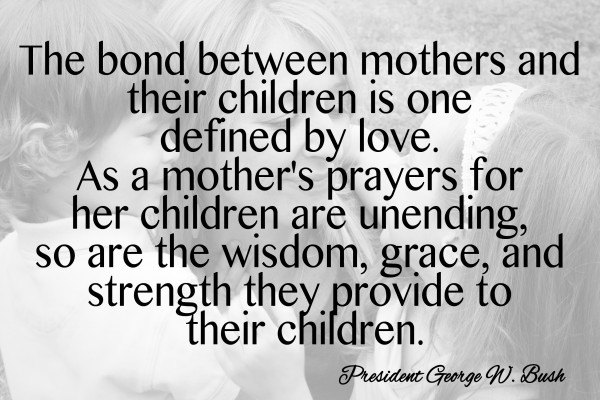 “A daughter is a miracle that never ceases to be miraculous…full of beauty and forever beautiful…loving and caring and truly amazing.”~ Deanna Beisser

“If you would have a good wife, marry one who has been a good daughter.” ~Thomas Fuller “A daughter is a day brightener and a heart warmer.”~ Author Unknown

“I’m blessed and I couldn’t be more grateful. Do you want to know why? Because I’m a mother, but that’s only half of it. I’m blessed because, when I need to, I can still just be a daughter. I get the feeling that there is nothing more precious than to have both of these roles, simultaneously.” ~Adrianna Stepiano The unconditional love of a mother for her daughter forms one of the strongest bonds in their life. At the same time, the relationship between a mother and her daughter is a very complex and complicated but still no one could ever replace a love and a joy only a mother and a daughter can give. It is a feeling that never fades and it grows deeper every day. share these beautiful quotes with your beloved mother or daughter to have a great day ahead. We hope that you have found and enjoyed our beautiful collection of inspiring mother daughter quotes with images.

You may also love :